Sorting Reports by Date in Koha 3.14

It’s time for another post ripped right from the support system at ByWater. We’ve had a bunch of partners report to us that they can no longer sort their saved reports in Koha 3.14 by creation date. I have to admit I never even used this function so I didn’t notice that it had been removed. Why didn’t I use it? Because the ID column on the reports page is the first column and it’s an auto-increment column so that means that it’s actually the same as sorting by creation date. So, while we restore the sort function on the date column to your Koha saved reports, feel free to use the ID column to sort instead. 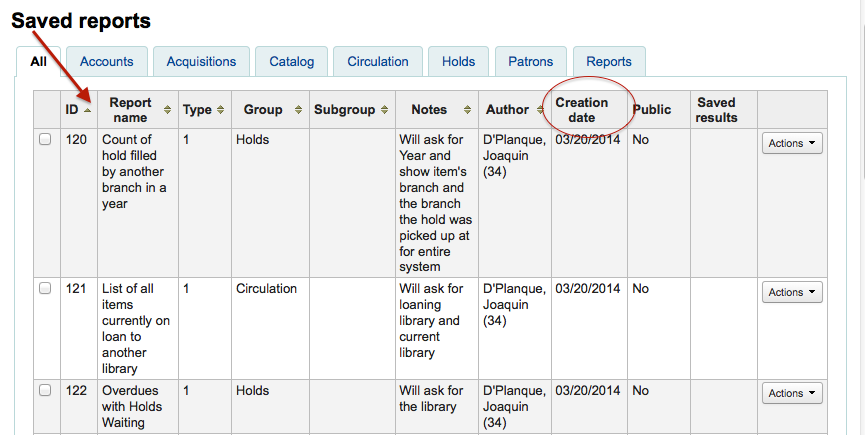