In the newest version of Koha, 18.11, the ability to add an adjustment to an invoice has been added. Jessie and Kelly created this video tutorial on how to use this new feature.

Steps on Using this New Feature

There are two ways that you can add an adjustment to an invoice when the invoice is closed or open. An adjustment can also be a positive or a negative number, so whether you need to add more money to an invoice, or subtract an amount from an invoice, this is now possible!

Step 1: A library can add a drop-down menu to the adjustment form with possible reasons why the adjustment has been made. These values can be added to the existing (Koha 18.11) Authorized Category "ADJ_REASON".

In the video, Jessie and Kelly made the following ADJ_REASON values: 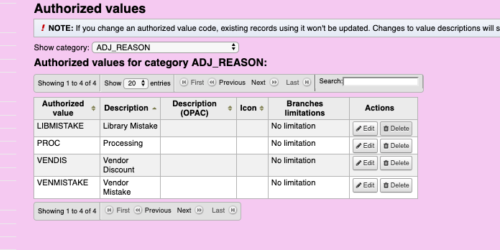 Step 2: Since an adjustment can be done on a closed invoice or an open invoice, find an invoice and open that.

Step 3: Once the invoice is populated, there is now a section that is called Adjustments. 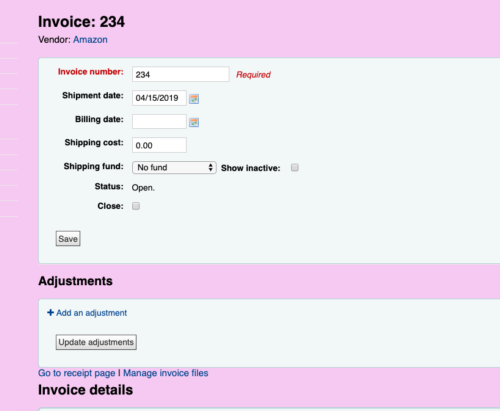 Step 5: One of the ADJ_REASONs can be chosen, and there is also a free form text to add more notes about this adjustment.

Step 6: Chose the fund the adjustment will be affecting.

Step 7: If this invoice is open and the adjustment will need to show as encumbered, mark this. 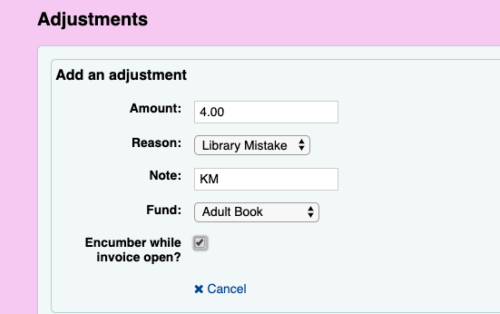 Step 9: This adjustment will be reflected in the invoice on the bottom.